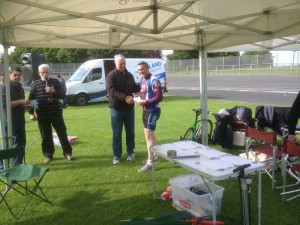 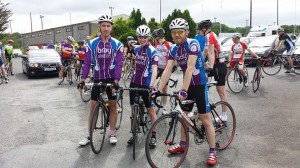 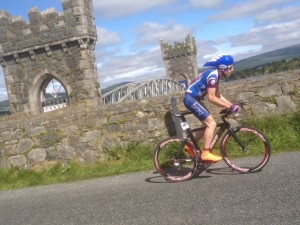 This week saw wins for several Bray riders at the Sundrive track league but the news of the week was Jason Howick breaking a National Track time trial record and comeback veteran Paul Fahy winning the Harry Dawson League overall. The Christy McManus cycle race in Roundwood on Saturday, was won by Bray man Ken Tobin, now riding for Swords cycling club and there were good results for Bray in the Hammond time trial also in Roundwood on Sunday.

Thursday night saw the conclusion of the Harry Dawson League with a race on the championship circuit.
Leading the league going into the last race was Paul Fahy, from Linus Devlin. The race on the night was won by under 16 David Conroy, from Vincent Price, Barry Timmins, David Dalahan and Mary Dawson. This didn’t upset the first and second place overall and Fahy held onto the lead. Mary Dawson’s 5th place brought her up to 3rd overall in the league which is in memory of her father Harry. Vincent Price finished 4th overall from Pat Byrne and Liam Murphy. First junior was Sam Gilmore and first under 16 David Conroy.

Bray Wheelers ran the Roundwood GP and the Christy McManus Memorial race in Roundwood on Saturday. In the Christy McManus race Ed O’Brien tried several times to get away but to no avail. David Hennessy, Graham Kearns, John Spain and Sean Connolly rode well. The race was shortened due to an earlier crash in the Roundwood GP and in the finale it came down to a bunch sprint on the filter beds, which was won by Ken Tobin originally of Bray and now riding for Swords cycling club. First Bray Wheeler in the race was John Spain and Sean Connolly won first Vet. In the Roundwood GP Sam Gilmore rode well but got caught behind a crash within a kilometre of the line. The first Bray Wheeler home was Ruairdhi O’Sullivan.