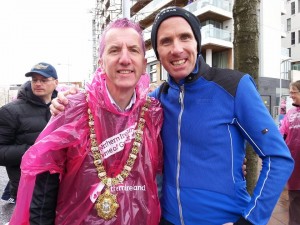 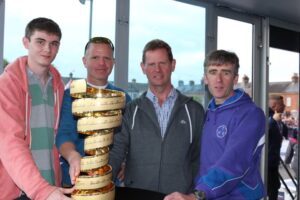 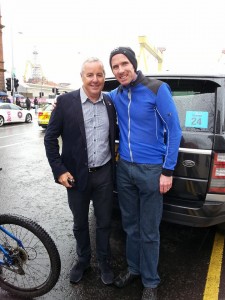 On Wednesday night the Leinster 10 mile time trial championships was held in Dundalk on an extremely windy night. Ed O’Brien contested the A2 event, posting a good time. Sam Gilmore took part in the junior category finishing in 5th place, in a good time, just out of the medals.

The club race on Thursday was the second in the Harry Dawson league. The race was a handicapped race from Calary to Annamoe and back to Calary. The race was won with minutes to spare by road race newcomer Gabrielle Dillon in what will surely be the first of many victories. The bunch sprint was won by Paul Fahy who is on the comeback trail after many years away from cycling. Linus Devlin took third place in the close bunch sprint. Next weeks race is an interclub 15 mile/24 km time trial from Kilpeddar, sign on from 7pm, race start 7.30 sharp.

There will be a track training day for women from all clubs on Sunday May 25th at 2pm, full details can be found on www.trackcycling.ie .

The highlight of the weekend was the start of the Giro d’Italia in Belfast on Friday with a team time trial and then a road stage along the Antrim coast on Saturday. On Sunday the race travelled from Armagh to its finish in Dublin city centre. This was a chance for club members to see the professional riders up close in an race that is one of the premier events on the professional race calendar. Bray Wheelers even managed to get a mention on Eurosport by the commentators on Saturday afternoon.