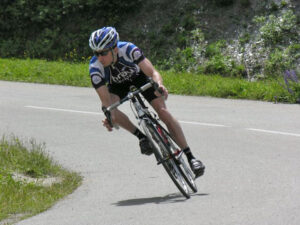 This weekend saw a busy weekend of racing, run by the Stamullen Road Club in Co Meath. This was the main `road racing event in the Leinster region. With racing on Friday night, Saturday and Sunday, Bray Wheelers was well represented in all races and in all categories.

On Saturday John Spain and Sam McAllister (junior) did well in the A3 race on a tough hilly circuit. Sam McAllister was going very well and was in the first 15 over the climb on the first lap but unfortunately was involved in a crash going through Balscadden village, chased and got back on but didn’t feel well and unfortunately had to abandon the race. Sam Gilmore and Sean Lee participated in the under 16 event. Ben Docherty represented Bray in the under 14 race while his younger brother Josh Docherty took part in his first ever race in the under 12 event along with Archie Ryan.

Sunday saw success for the Ryan brothers, Will and Archie in the under 12 race placing in second and third place respectively. Sam Gilmore and Sean Lee did well over the two laps of the extremely hilly route in the under 16‘s. Sean O’Ruaithil represented Bray well in the A4 race while Jason Howick, Sean O’Tuathail and Geoff Robinson did well in the A1/A2 race.

In the Vets race in Summerhill on Sunday a 7 man group went away but unfortunately none of the Bray riders were in the break.

Club racing returns next Thursday night the 18th with an interclub time trial. Club racing is for anyone over the age of 14 with a cycling ireland competition licence. Sign on for the time trial is from 6.30 to 7.00pm at Kilmac. This is a pre-entry event with full details on the website. Next week – Sunday 21st April sees the youth riders return to the track in Sundrive – details are on the website.