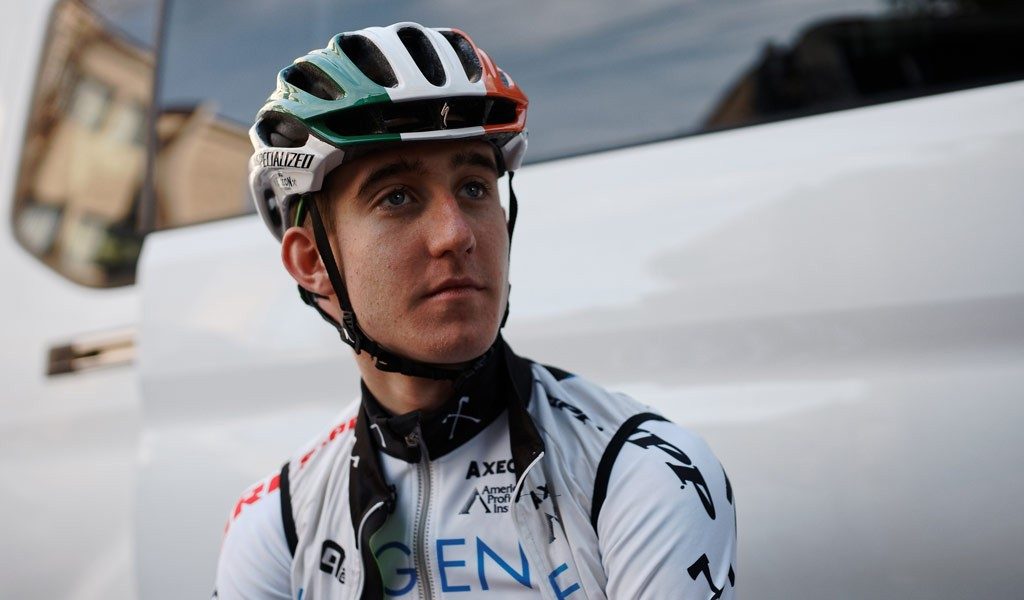 Ahead of the 60th edition of the Shay Elliott memorial we catch up with Eddie Dunbar to ask him about the coming so close to winning the race as a Junior rider!

When was the first time you heard about the Shay Elliott Memorial?

You were 18 when you competed as a Junior in the Senior race. When as a younger cyclist was the Shay Elliott a race you always considered?

When I had the opportunity to race the Elliott as a 2nd year Junior I always wanted to go in and win it as it’s one of the biggest one day races in the country.

As a result of winning the Junior Tour in 2013 did it give you more confidence to attack early in the following races?

It gave me a boost of confidence, but in normal Sunday races in Ireland I wanted to make it as hard as possible for myself therefore to get the most out of myself I would go early.

You were part of a break that got away in the first 15km in the 2014 Elliott, was it on your mind leading up to the race to be so aggressive so early?

I was just following the moves really and making sure I didn’t miss the main move. I went in with an open mind.

McAuley attacked the break just before the main climb, at the turn at Glenmalure you bridged across to him bringing Damien Shaw with you. At this stage of the race was a possible win on your mind knowing that everyone else was going backwards?

When it was just the two of us over the top I knew it would be hard to get rid of Damien, especially as it was the longest race I would have done at the time and he was stronger on the day.

I’m not sure! He got the better of me over a year later in the National Champs so at the moment it’s 2-0 to Damien!

Was your result at the Elliott a catalyst for kickstarting your move to NFTO?

It just gave me more confidence moving forward after getting the result. It was just consistency that helped me get a contract.

The Elliott is a week before the Rás. How important is it to make sure you get a good hard day in before you start to taper for that weeks racing?

Really important. Riders shouldn’t be afraid of going out and just racing hard and not worrying about the result, because in the Rás that’s all you’ll be doing for 8 days, not one.

Your programme of events this year with Aexon means you won’t be doing the Rás, will be see you in Bray on 14 May?

Not this year but I’m sure I will be back in the future.

What advice would you give any young rider considering the Elliott for the first time?

Just go and race your bike, and enjoy it!